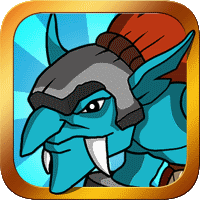 Delve: Through the Dungeons

Game based on board game Delve: the dice game by Drew Chamberlain 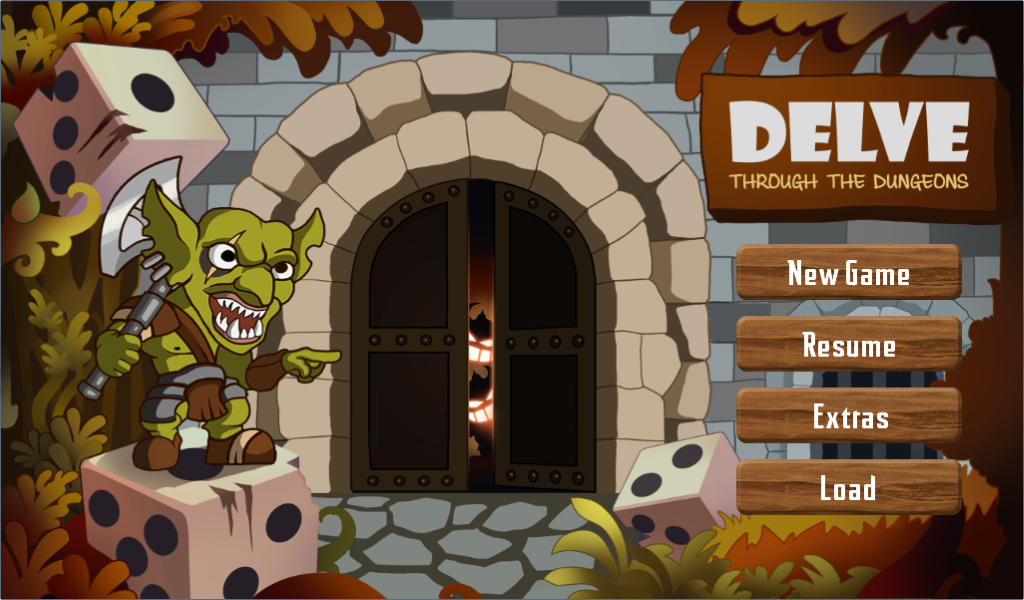 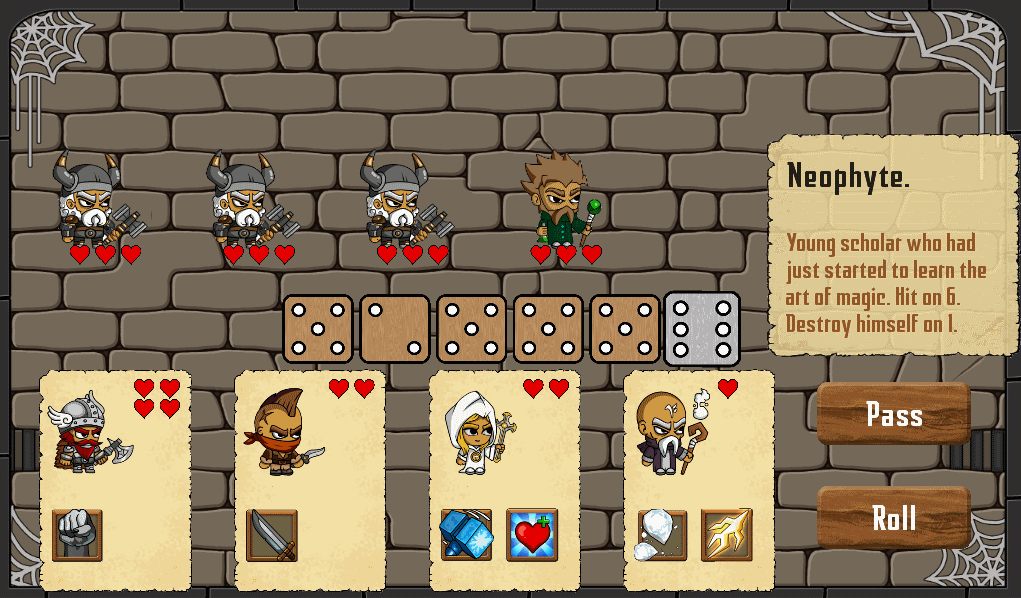 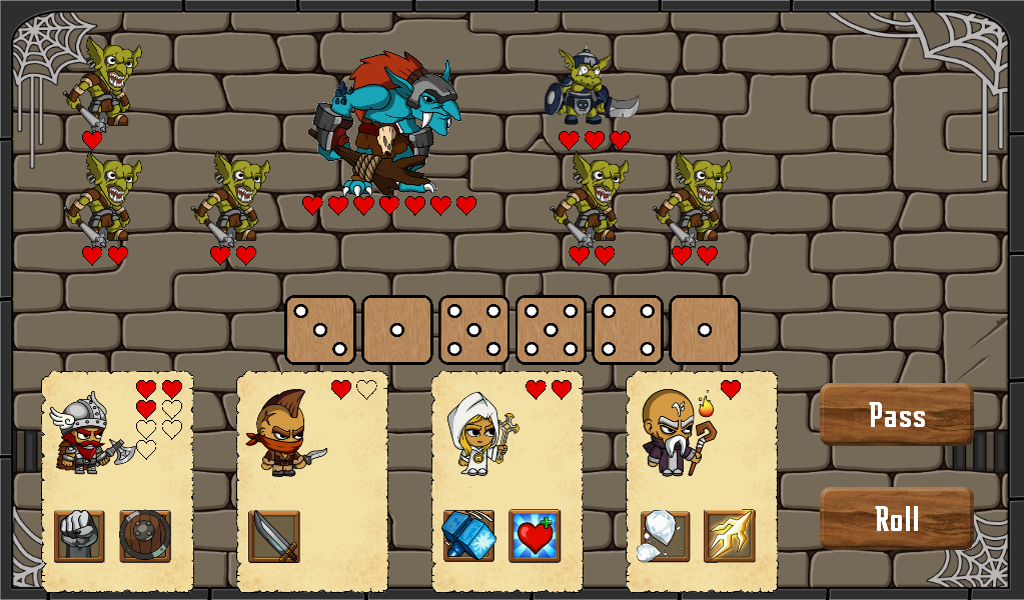 You have a party mighty adventurers, each with unique abilities. They will face groups of monsters in the depths of the dungeon. You fight battles one round at a time, rolling for your adventurers first. For your adventurer's attack, roll 6 dice up to 3 times, setting aside any you want to keep. After the rolls, determine which attacks you will make, based on your characters abilities. For the monsters attack, roll a six sided die for every point of health they have left. The goal of the game is to destroy all of the monsters.

Game inspired by board game "Delve: The Dice Game" designed by Drew Chamberlain.

Find out more about board game on boardgamegeek.com